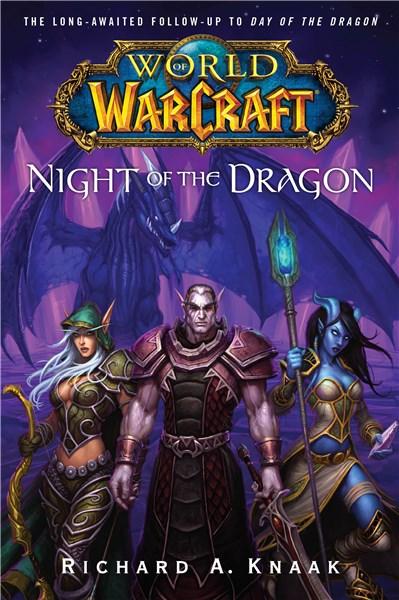 World Of Warcraft: Night of the Dragon | Richard A. Knaak


Night of the Dragon is the epic follow up to Day of the Dragon, one of the bestselling Warcraft novels of all time, and the first Warcraft trade paperback original. Years have passed since the events chronicled in Day of the Dragon and in that time Azeroth has seen upheaval such as the mage, Krasus, could not in all his centuries of existence have imagined. The Undead Scourge, the Plaguelands, none of this even an ancient dragon - for Krasus is in reality the red behemoth, Korialstrasz - could have prevented. Yet, ever protective of the world and, especially, the younger races, he continues, through both his own powers and the use of agents, to do what he can to bring, if not peace, respite. But although demons and conquerors have made up much of the troubles he has been forced to contain, it is the dragons, his own kind, that disturb him most of late. Their stirrings portend dark times ahead. War is coming - a conflict on a scale unimagined, heralded by a storm of wings and fought with arcane fire in which all Azeroth may burn.