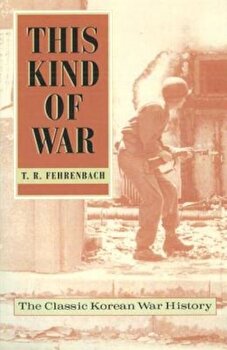 
Updated with maps, photographs, and battlefield diagrams, this special fiftieth anniversary edition of the classic history of the Korean War is a dramatic and hard-hitting account of the conflict written from the perspective of those who fought it. Partly drawn from official records, operations journals, and histories, it is based largely on the compelling personal narratives of the small-unit commanders and their troops. Unlike any other work on the Korean War, it provides both a clear panoramic overview and a sharply drawn -you were there- account of American troops in fierce combat against the North Korean and Chinese communist invaders. As Americans and North Koreans continue to face each other across the 38th Parallel, This Kind of War commemorates the past and offers vital lessons for the future.