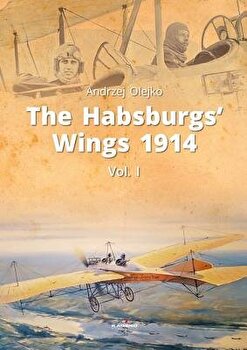 
The extensiveness of war operations in Europe in 1914. caused that several theatres of war activities were created at that time. For obvious reasons, the western theatre of war remains the best known, thoroughly analyzed and described. The view on the unique contribution of the newly invented aviation to the events in this theatre still dominates. In its shadow remains Eastern European and - almost completely uncovered and forgotten in historiography - the Balkan theatre of war and its Adriatic sector. Even significant combat operations and episodes in this region for Western Europe still remain completely unfamiliar. The attention has been focused on the air war over the Western Front for years. Although interesting, full of dangerous actions and at the same time important achievements, the role of aviation on the Eastern Front is not exhibited in the studies and research of authors dealing with the issue of war operations in the East European theatre of the Great War; it can even be argued that it is not usually noticed at all in both older and recent references on the subject. It would not be erroneous to say that the subject taken up by Professor, Senior Doctor Lecturer Andrzej OLEJKO is almost completely undiscovered, and at the same time developmental, and is certainly thoroughly innovative and needed. Having undertaken such an extensive research in this area was justified by a very small amount of references and analytical studies devoted to this issue.