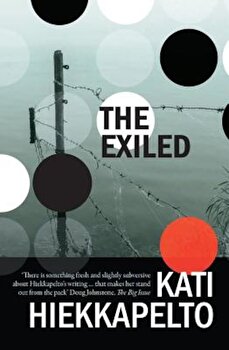 
Anna Fekete returns to the Balkan village of her birth for a relaxing summer holiday. But when her purse is stolen and the thief is found dead on the banks of the river, Anna is pulled into a murder case. Her investigation leads straight to her own family, to closely guarded secrets concealing a horrendous travesty of justice that threatens them all. As layer after layer of corruption, deceit and guilt are revealed, Anna is caught up in the refugee crisis spreading like wildfire across Europe. How long will it take before everything explodes? Chilling, taut and relevant, The Exiled is an electrifying thriller from one of Finland's most celebrated crime writers.