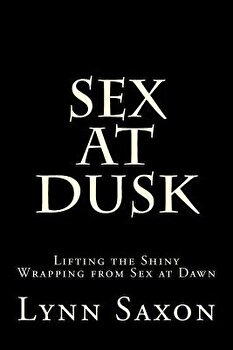 
Contributor(s): Author: Lynn Saxon Sex - just what is it all about? Don't other species just get on with it? What are the conflicts and jealousy, pain and disappointments, really all about? The 2010 book SEX AT DAWN tells us that this modern misery is due to our belief in a false evolutionary story about human pair-bonding and nuclear family units. Christopher Ryan and Cacilda Jetha claim that their evidence shows that before 10,000 years ago sexual constraints did not exist, paternity was not an issue, and men and women engaged in fairly free and casual bonobo-like sexual activity. Our ancestors, they argue, not only shared food, they shared sex. Are they right? Using predominantly the same sources, SEX AT DUSK takes another look at that evidence, fills in many gaps, makes many corrections, and reveals something far less candy-coated. Bringing together evolutionary biology, primatology, anthropology, and human sexuality, SEX AT DUSK shows that, rather than revealing important facts about our sexual evolution, Sex at Dawn shrouds it in a fog of misinformation and faulty logic that can only lead us further into the dark.

We Are Our Brains: A Neurobiography of the Brain, from the Womb to Alzheimer's, Hardcover/D. F. Swaab

On the Origin of the Species, Hardcover/Charles Darwin

Why Dogs Hump and Bees Get Depressed: The Fascinating Science of Animal Intelligence, Emotions, Friendship, and Conservation, Paperback/Marc Bekoff

Woolly: The True Story of the Quest to Revive History's Most Iconic Extinct Creature, Paperback/Ben Mezrich

Orca: How We Came to Know and Love the Ocean's Greatest Predator, Hardcover/Jason M. Colby

Riddled with Life: Friendly Worms, Ladybug Sex, and the Parasites That Make Us Who We Are, Paperback/Marlene Zuk

Bonk: The Curious Coupling of Science and Sex, Paperback/Mary Roach

How Sex Works: Why We Look, Smell, Taste, Feel, and ACT the Way We Do, Paperback/Sharon Moalem

Paleofantasy: What Evolution Really Tells Us about Sex, Diet, and How We Live, Paperback/Marlene Zuk

Dr. Tatiana's Sex Advice to All Creation: The Definitive Guide to the Evolutionary Biology of Sex, Paperback/Olivia Judson