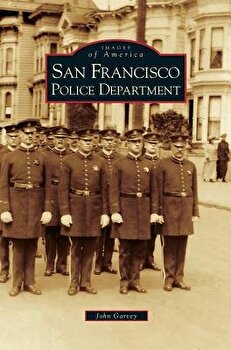 
The officers of the San Francisco Police Department would be the first to tell you that police work in this city is nothing like Dirty Harry, The Streets of San Francisco, or Nash Bridges. It's a gritty reality, occasionally infused with glamour, but always characterized by the innovation and unusual proceedings found as a matter of course in this unique city. The department was established in 1849, when the population surge from the Gold Rush created a desperate need for law enforcement. An initial 35-member force was formed to protect over 20,000 residents. Since then, the SFPD has presided over notorious events, including the case of the Zodiac Killer, Zebra Murders, the Patty Hearst Hibernia Bank robbery, the 1975 assassination attempt on President Gerald Ford, and the Golden Dragon Restaurant and 101 California Street Massacres. While the SFPD story includes a gruesome and sometimes scandalous past, its dedicated officers continue to provide a positive and invaluable service to the diverse metropolitan community of San Francisco.