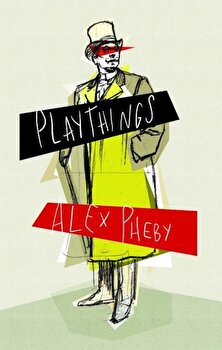 
A hallucinatory, fragmentary, and tragic fictional telling of one of the most fa- mous psychotherapy cases in history, A lex Pheby's Playthings offers a visceral and darkly comic portrait of paranoid schizophrenia. Based on the true story of nineteenth-century German judge Daniel Paul Schreber, Playthings artfully shows the disorienting human tragedy of Schreber's psychosis, in vertiginous prose that blurs the lines between madness and sanity.