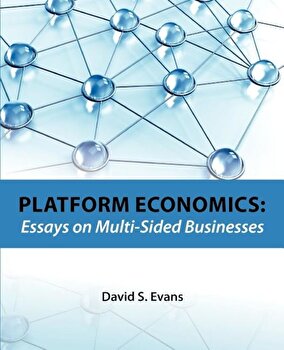 
Given the subject of this collection, there is some irony in how I've chosen to bring these essays to you. Publishing has traditionally been a two-sided model. Publishers get authors and readers together. They typically make their money by charging the reader and giving some fraction of the earnings to the author as royalties. This 20th century model of publishing doesn't serve authors of academic books well. Often, publishers set the price of academic books relatively high, expecting to earn the greatest profits from libraries and a handful of aficionados. For most books that aren't aimed towards a popular audience, including most academic books, royalties are quite small. Optimistically, I might have been able to buy a pretty good new bicycle if I had published these essays in the traditional fashion, but I'd rather have more people read my work than collect the chump change from royalties. Therefore, the two-sided publishing model fails in two ways: the author doesn't make much money, and the author doesn't get read by very many people. Moreover, most publishers in my experience are still using 20th century technology to produce and distribute books. It can take many months-if not years-from a book's conception to its appearance in a reader's hands.And therein lies the paradox. In order to bring my work into the 21st century, I have decided to publish my collection of essays about two-sided markets in a one-sided way. I ditched the intermediary and chose to connect directly with likely readers. I'm sure some of you would prefer the feel of paper and leather but hopefully the price is right. It was easy for me to decide to make this volume free (a bit more on Amazon) because it cost almost nothing to produce and distribute it. An earlier version of this book appeared in 2010. It consisted of a series of urls (website addresses) that took readers to the original papers which they could then download. I promised a real e-book in the early part of 2011. At least I got the year right which for an economist is pretty good.

When to Rob a Bank: ...and 131 More Warped Suggestions and Well-Intended Rants, Paperback/Steven D. Levitt

Bank on You: You Don't Need an Advisor. You Need a Financial Education Overhaul., Hardcover/Jeremiah J. Brown

Average Is Over: Powering America Beyond the Age of the Great Stagnation, Paperback/Tyler Cowen

Economix: How and Why Our Economy Works (and Doesn't Work) in Words and Pictures, Hardcover/Michael Goodwin

A Dream Foreclosed: Black America and the Fight for a Place to Call Home, Paperback/Laura Gottesdiener

Economics for the Rest of Us: Debunking the Science That Makes Life Dismal, Paperback/Moshe Adler

Crashed: How a Decade of Financial Crises Changed the World, Paperback/Adam Tooze