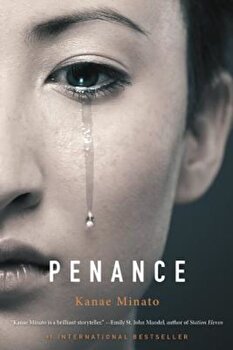 
The tense, chilling story of four women haunted by a childhood trauma. When they were children, Sae, Maki, Akiko and Yuko were tricked into separating from their friend Emily by a mysterious stranger. Then the unthinkable occurs: Emily is found murdered hours later. Sae, Maki, Akiko and Yuko weren't able to accurately describe the stranger's appearance to the police after the Emili's body was discovered. Asako, Emily's mother, curses the surviving girls, vowing that they will pay for her daughter's murder. Like Confessions , Kanae Minato's award-winning, internationally bestselling debut, PENANCE is a dark and voice-driven tale of revenge and psychological trauma that will leave readers breathless.

The Chronicles of Narnia: 7 Books in 1 Paperback, Paperback/C. S. Lewis

The Herald of Hell: A Mystery Set in Medieval London, Paperback/Paul Doherty

Girl on a Plane, Paperback/Miriam Moss

The Women of the Souk: A Mystery Set in Pre-World War I Egypt, Paperback/Michael Pearce