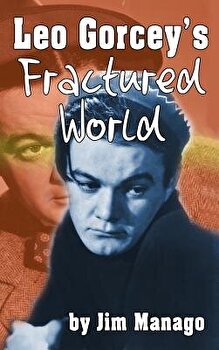 
Description "I guess...he would want the public to remember his malaprops. He was proud of the fact that he studied words intensely so he could easily ad lib malaprops and the fact that even though he only had a high school diploma, he was well read and extremely articulate." - Brandy Gorcey Ziesemer on her dad This is a book celebrating the overlooked contributions to filmdom made by Leo Gorcey, a truly enigmatic man, whose life ended prematurely in 1969. Brandy offers thoughts about her dad as well as her unpublished graduate school thesis which unravels his "Split Personality." So often, excessive drinking left him "fractured," but his intense study of "Word Power" provided him with the comedic opportunities to "fracture" his characters' speech. Leo Gorcey's fine talent for making us laugh by twisting language finally receives the attention it deserves as the author offers an extensive catalog of many of his fancy and misused words as found in his Bowery Boys films. Jim Manago holds a Master's degree in Cinema Studies from The College of Staten Island (CUNY). He has authored first biographies on Gale Gordon, Kay Aldridge, Huntz Hall and two biographies on Shirley Booth. His forthcoming publications include one on producer Robert Youngson, and another on Al St. John's comedy offered in PRC's Billy The Kid series from the 1940s.