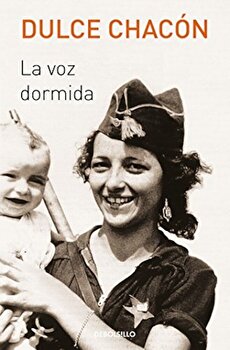 
Unas en la retaguardia, otras en la vanguardia armada de la guerrilla; unas desde fuera, y otras tras los muros de la prision madrilena de Ventas; todas mujeres, todas valientes y sacrificadas... Una historia de coraje y dignidad que se convierte en testimonio y homenaje al papel desempenado por muchas mujeres en los momentos decisivos de la guerra civil espanola y en los siguientes anos de represion... ENGLISH DESCRIPTION It is 1939. In the Ventas prison in Madrid, a group of women have been incarcerated. Their crime is to have supported or fought on the Republican side in Spain's cruel and devastating Civil War. Chief among them are Hortensia, who fought with the militia and is pregnant by her husband Felipe - a man still at large and fighting against Franco's dictatorship - and who lives with the knowledge that she will be shot after she gives birth; sixteen-year-old Elvira, who tried to leave Spain with her mother, but was arrested by the Falangists while she was boarding their ship; Tomasa, whose husband, four sons, and daughter-in-law were thrown off a bridge; and Pepita, Hortensia's sister, who from outside the prison acts as messenger between her and her husband. Dulce Chacon's deeply moving novel is based on the actual testimonies of a number of women who survived the Spanish Civil War, and suffered imprisonment under the France regime, as well as on accounts of others who died fighting for freedom. A bestseller in Spain, where it was voted ``Book of the year,`` The Sleeping Voice is remarkable for its combination of dramatic intensity and historical authenticity. And it was made into a successful movie in 2011.