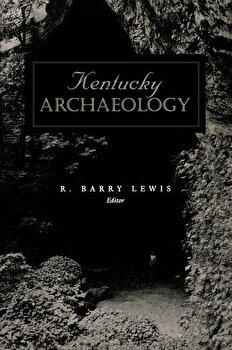 
Description Kentucky's rich archaeological heritage spans thousands of years, and the Commonwealth remains fertile ground for study of the people who inhabited the midcontinent before, during, and after European settlement. This long-awaited volume brings together the most recent research on Kentucky's prehistory and early history, presenting both an accurate descriptive and an authoritative interpretation of Kentucky's past. The book is arranged chronologically -- from the Ice Age to modern times, when issues of preservation and conservation have overtaken questions of identification and classification. For each time slice of Kentucky's past, the contributors describe typical communities and settlement patterns, major changes from previous cultural periods, the nature of the economy and subsistence, artifacts, the general health and characteristics of the people, and regional cultural differences. Sites discussed include the Green River shell mounds, the Central Kentucky Adena mounds and enclosures, Eastern Kentucky rockshelters, the important Wickliffe site at the confluence of the Mississippi and Ohio rivers, Fort Ancient culture villages, and the fortified towns of the Mississippian period in Western Kentucky. The authors draw from a wealth of unpublished material and offer the detailed insights and perspectives of specialists who have focused much of their professional careers on the scientific investigation of Kentucky's prehistory. The book's many graphic elements -- maps, artifact drawings, photographs, and village plans -- combined with a straightforward and readable text, provide a format that will appeal to the general reader as well as to students and specialists in other fields who wish to learn more about Kentucky's archaeology. About the Author R. Barry Lewis is associate professor of archaeology at the University of Illinois at Urbana-Champaign and a past president of the Illinois Archaeological survey. He has been actively involved in archaeological research in Kentucky since 1980.

Days of Darkness: The Feuds of Eastern Kentucky/John Ed Pearce

Adolph Rupp and the Rise of Kentucky Basketball/James Duane Bolin

African American Fraternities and Sororities: The Legacy and the Vision, Paperback/Tamara L. Brown

Blood on the Moon: The Assassination of Abraham Lincoln, Paperback/Edward Steers

Once They Were Eagles: The Men of the Black Sheep Squadron, Paperback/Frank Walton