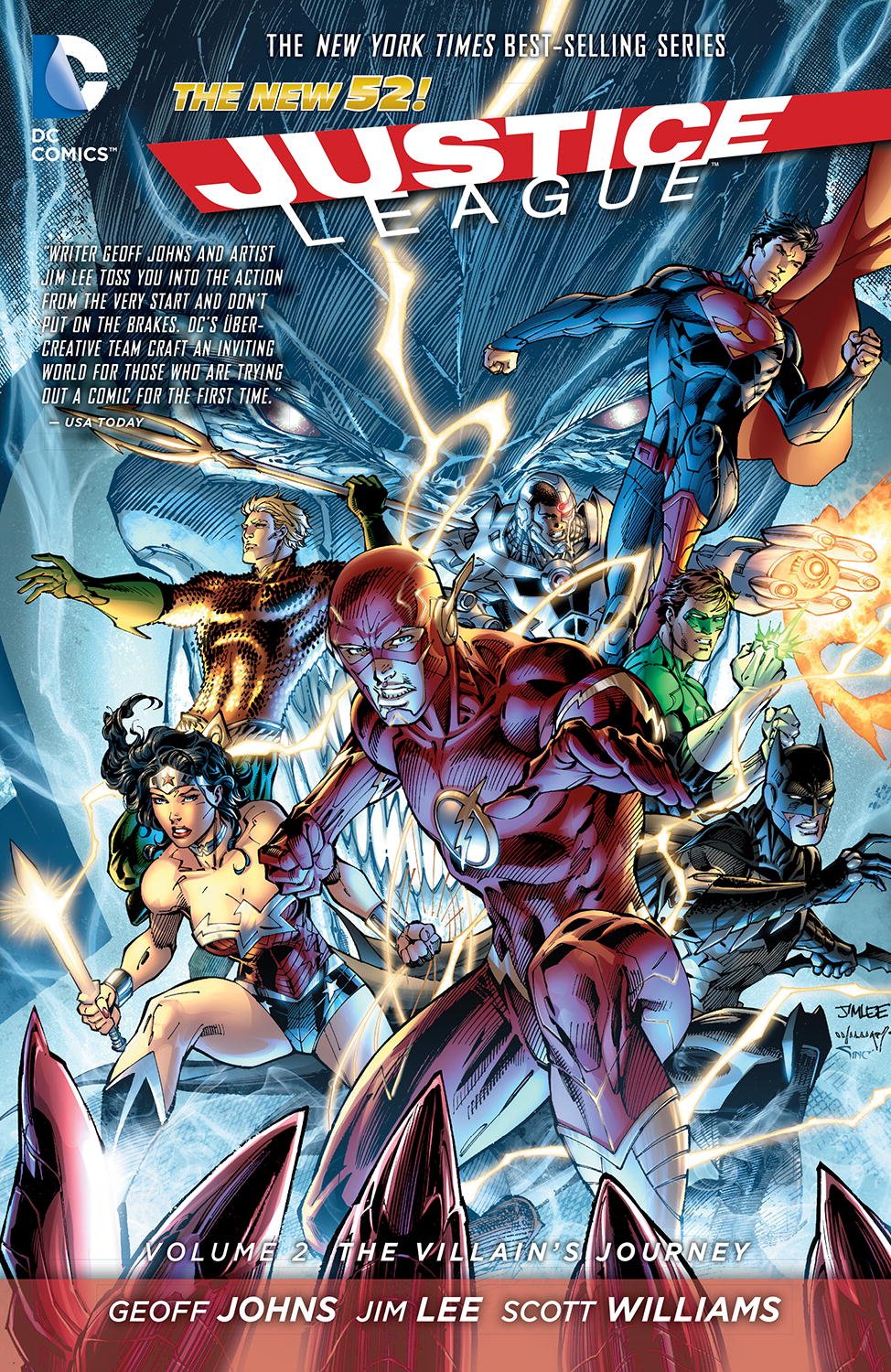 
A New York Times #1 Bestseller! The Justice League is the greatest force for good the world has ever seen. But not everyone sees them that way. Their never-ending battle against evil results in casualties beyond its super-powered, costumed combatants. The League's attempts to safeguard innocent lives cannot save everybody. Unbeknownst to Earth's greatest champions, their greatest triumph may contain the seeds of their greatest defeat. For heroes are not the only people who face tragedy and are reborn as something greater than they were before.Villains can take this journey, too. And once they start out on this dark path, the road could lead straight to the destruction of the Justice League!The New York Times bestselling team of Geoff Johns (Green Lantern) and Jim Lee (Batman: Hush) are joined by artists Gene Ha (Top 10) and Carlos D'Anda (Deathblow) for Justice League Volume 2: The Villain's Journey, collecting issues #7-12 of the series. Can the world's greatest super heroes survive a voyage deep into the heart of darkness? It all ends with one of the most shocking ... and surprising moments in DC history!