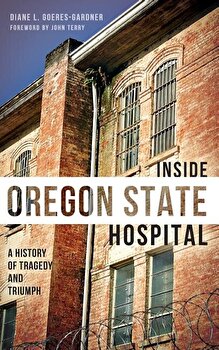 
Description Seen through the eyes of the patients who lived there, Inside Oregon State Hospital" examines the world of the Northwest's oldest mental hospital, established in 1883. In desperate attempts to cure their patients, physicians injected them with deadly medications, cut holes in their heads, and sterilized them. Years of insufficient funding caused the hospital to decay into a crumbling facility with too few staff, as seen in the 1975 film "One Flew Over the Cuckoo's Nest." Today, after a $360 million makeover, Oregon State Hospital is a modern treatment hospital for the state's civil and forensic mentally ill. In this compelling account of the institution's tragedies and triumphs, author Diane Goeres-Gardner offers an unparalleled look at the very human story of Oregon's historic asylum."

When Everything Changed: The Amazing Journey of American Women from 1960 to the Present, Paperback/Gail Collins

Blood in the Water: The Attica Prison Uprising of 1971 and Its Legacy, Hardcover/Heather Ann Thompson

A World Made New: Eleanor Roosevelt and the Universal Declaration of Human Rights, Paperback/Mary Ann Glendon

A World on Fire: Britain's Crucial Role in the American Civil War/Amanda Foreman

A Perfect Hell: The True Story of the Black Devils, the Forefathers of the Special Forces/John Nadler

The Battle of Mogadishu: Firsthand Accounts from the Men of Task Force Ranger, Paperback/Matthew Eversmann

First Freedom: A Ride Through America's Enduring History with the Gun, Paperback/David Harsanyi