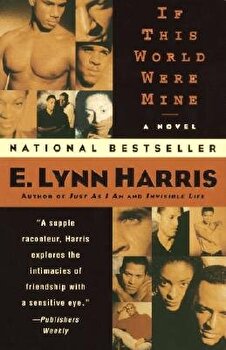 
Four friends, all graduates of Hampton Institute, keep a collective journal they call "If This World Were Mine," and share their personal diaries each month at a gathering filled with humor, gossip, and affirmation. The four group members are as different as the seasons, yet they all share a love of one another. Yolanda, a media consultant, keeps it going on with a no-nonsense attitude and independence that are balanced by the theatrics of Riley, a former marketing executive whose marriage has reduced her to a "kept woman with kids." Computer engineer Dwight's anger at the world is offset by the compassion of Leland, a gay psychiatrist whose clients make him question why God ever invented sex. But after five years, the once-strong bonds of friendship are weakening, and the group must handle challenges of work, lost love, and a stranger in their midst. As the group members confront their true feelings toward each other, resentments and long-held secrets surface, and the stability of the group begins to disintegrate. Is their past friendship strong enough to survive the future? About the Author: E. Lynn Harris is a nine-time New York Times bestselling author. His work includes the memoir What Becomes of the Brokenhearted and the novels A Love of My Own, Just as I Am, Any Way the Wind Blows (all three of which were named Novel of the Year by the Blackboard African American Bestsellers), I Say a Little Prayer, If This World Were Mine (which won the James Baldwin Award for Literary Excellence), and the classic Invisible Life .