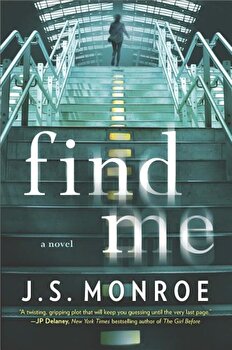 
A young man embarks on a desperate search for the truth in this chilling, razor-sharp thriller Five years ago, Rosa walked to the pier in the dead of night, looked into the swirling water and jumped. She was a brilliant young Cambridge student who had just lost her father. Her death was tragic, but not unexpected. But is that what really happened? Her death was ruled a suicide. But Rosa's boyfriend, Jar, still can't let go. He sees Rosa everywhere--a face on the train, a figure on the cliff. He is obsessed with proving that she is still alive. And then he gets an email. Find me, Jar. Find me, before they do... As Jar digs into the past, he enters a dark underworld where nothing is as it seems and no one can be trusted. He is soon thrust into the heart of a larger intrigue that may finally shed some light on Rosa's death...even as it dangerously threatens his own life.``The pages all but turn themselves.`` -- Publishers Weekly , starred review``Fast-paced, satisfying, and, ultimately, life-affirming.`` -- Kirkus Reviews ``You'll keep guessing until the final mind-bending twist.`` --Alice LaPlante, New York Times bestselling author ``Smart, well written, and tangled in unpredictable twists--a top-notch psychological thriller.`` -- Booklist `` C]leverly constructed, beautifully paced and utterly gripping.`` -- Irish Independent