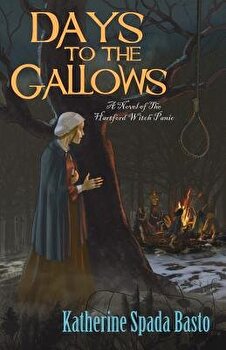 
Before the Salem Witch Trials...in 1662, a witch panic struck Hartford, Connecticut. Seventeen year old Hester Hosmer is a neighbor and friend to Ann Cole, despite Ann's reputation for being "strange" and a mooncalf. One night when Hester tries to drag Ann home from one of her moonlight walks, the girls stumble upon a strange fire-lit gathering on the South Green. But in 1662, such gatherings are strictly forbidden. When a child dies mysteriously, Ann's hysteria begins and she accuses certain townspeople of witchcraft. A witch panic envelopes Hartford and paranoia runs rampant. Hester tries to discourage Ann's hysterics and the more she discovers, the more conflicted she becomes about her own loyalties. Hester's budding romance with Tom, the peddler's son only makes Ann jealous and increases the tension. With the ruthless Marshal Gilbert, the Puritan Elders and the Acting Governor himself at her beck and call, Ann can prove to be a dangerous enemy. After all, anyone in Hartford might be a witch. After years of research, Ms. Spada Basto has brought to life a turbulent and disturbing period of Colonial Connecticut History. It is a time when wolves prowled near the town and superstitions about witches often brought people to an untimely death-hanging by a noose on Gallows' Hill. About the Author: Katherine Spada Basto, a Hartford native was a teacher for several years, working with students of all ages. She enjoys mythology, Colonial and Ancient History, traveling, painting, dancing and reading. She loves animals and has a cat and dog. Ms. Spada Basto lives in Connecticut and is presently working on her second novel.