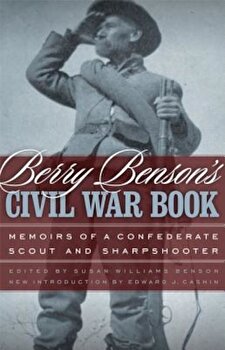 
Confederate scout and sharpshooter Berry Greenwood Benson witnessed the first shot fired on Fort Sumter, retreated with Lee's Army to its surrender at Appomattox Courthouse, and missed little of the action in between. This classic account of his wartime service tells of his reconnaissance exploits, battlefield experiences, capture by Union forces, and famous escape from Elmira Prison. A new biographical introduction by historian Edward J. Cashin adds further depth and detail to Benson's own vivid memories. The introduction also offers a fascinating account of both Benson's early years and his postwar activities, including his strong advocacy for impoverished mill strikers and the wrongly accused Leo Frank.