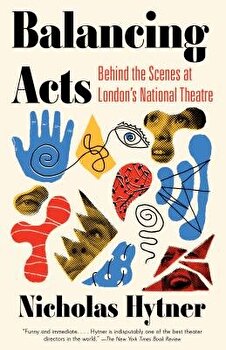 
Description Here is Nicholas Hytner's fascinating, candid memoir of his tenure at the helm of Britain's greatest theater. As artistic director of London's National Theatre from 2003 to 2015, Hytner was in charge of three stages, directing and producing such plays and musicals as The Madness of George III , Rodgers and Hammerstein's Carousel , Alan Bennett's The History Boys , David Hare's Stuff Happens , Richard Bean's One Man, Two Guvnors , and War Horse , among many others. Combining touches of gossip with serious insight into the processes that bring a production to life, Hytner discusses his major failures and spectacular successes. He looks at Shakespeare from every angle and writes about reinventing the classics; changing the public's perception of what theater is in our times; balancing the idea of art with what will sell; encouraging new talent; and collaborating with actors and playwrights, including Richard Griffiths, Helen Mirren, Maggie Smith, Mike Leigh, Daniel Day-Lewis, Michael Gambon, Simon Russell Beale, Tom Stoppard, Alan Bennett, and Harold Pinter. Intimate and insightful, Balancing Acts is a passionate exploration of the art and alchemy of making theater. About the author Nicholas Hytner is a theater director and producer. He was artistic director of London's National Theatre from 2003 to 2015 and co-founded the London Theatre Company, whose first theater, The Bridge, opened in October 2017.